I’ve been making a lot of progress in my book! I’m currently reading One Flew Over the Cuckoo’s Nest by Ken Kesey (check out the post before this for my initial reactions and a brief plot outline). Right now, what’s really interesting to me is Kesey’s choice for the point of view. The entire story is told through the perspective of Chief, the silent observer in the mental ward. Chief is thought to be deaf and mute, but he is much more intelligent than he lets on to be. While his interactions with other patients are at a minimum, he seems to know so much about them just from watching and listening to them. Kesey could have easily chosen to tell the story through the perspective of someone like McMurphy or Nurse Ratched, both of whom seem to be much more central characters to the overall plot, or he could have simply chosen to use third person perspective. However, the element of Chief’s first person narration is crucial to the story. He is able to provide crucial insight into the happenings of the psychiatric facility through his detailed observations, and he also provides direct insight on the mental illness he battles. While his reliability as a narrator is often blurred by his hallucinations and extreme anxiety, these also expand on the emotions and experiences he has as a psychiatric patient. Chief is even able to acknowledge his own instabilities as he tells the story, saying, “you think this is too horrible to have really happened, this is too awful to be the truth! But, please. It’s still hard for me to have a clear mind thinking on it. But it’s the truth even if it didn’t happen.” Essentially what Chief is saying is that the occurrences in that psychiatric facility are unbelievably terrible, and that in Chief’s mind, every word of the story is true. While there is no way to tell what is and isn’t Chief’s imagination, the purpose is that we see the story as Chief has seen it, because to him, it is the truth. 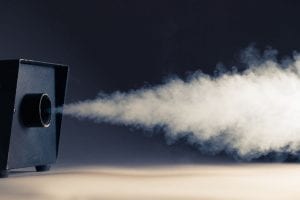 Another aspect of this novel that I thoroughly enjoy is Kesey’s use of symbolism. One of the most pertinent symbols to me so far has been the fog machine. Chief has recurring images of fog overtaking the ward, and he is convinced that the staff has put fog machines in the vents. This is clearly a hallucination for Chief, as he only sees the fog in times of great paranoia or when he has not taken his medication, but it is representative of the effects of the psychiatric ward as a whole. It is apparent through the unethical practices of the facility (they use electric shock therapy, and patients are pitted against each other, creating distrust) that the patients are meant to succumb to the processes and have their minds molded like play dough as fit for the desired of Nurse Ratched. This is why, although sometimes it is scary, Chief finds some comfort in the fog, allowing it to take over him. he gives into the methods and processes designed to overtake his mind and make him more like the “vegetables”: numb and without free thought. Chief has grown accustomed to the system of the facility, seeping further and further into the metaphorical fog. That is, until McMurphy arrives and shakes everything up. His presence inspires new thought and questioning the authority figures in the ward. The patients no longer feel that they must simply give in to what Nurse Ratched wants them to do, but rather they can fight to maintain their individuality. This unique and insightful manner of presenting Chief’s stances on the system Nurse Ratched has set up through the symbolism of the fog give such a deeper explanation of Chief’s feelings while also giving insight on how he interprets situations with his mental illness. Overall, the symbolism adds depth and meaning to the hierarchy of the facility as well as what’s going on inside Chief’s head.

END_OF_DOCUMENT_TOKEN_TO_BE_REPLACED 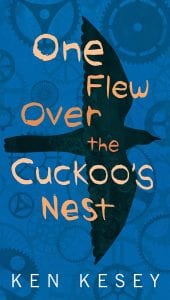 Recently, I started to read Ken Kesey’s One Flew Over the Cuckoo’s Nest. I had heard great recommendations, and the premise of the book interested me. Even though I’ve only just begun this exciting literary journey, I can tell this is going to be a good read. The story is told through the perspective of Chief Bromden, a patient in a psychiatric facility during the 1970’s. While those around Chief believe him to be mute and generally stupid, his narration is far more insightful and comments on the nature of the psychiatric facility. The story begins with the loathsome Nurse Ratched, who is ruthless and controlling. However, her omnipotent authority seems as if it may be given a run for its money when a new patient, McMurphy, enters the facility, and he seems resolute in his own wants. There are also hints to some conflict over the sketchy medicinal practices in the ward (there are a suspiciously large quantity of pills patients are force-fed and they seem to have large memory gaps after they misbehave…)

Overall, I am excited for the themes in this book. Before the beginning of the novel, there is the short children’s nursery rhyme from which the book draws its title, and throughout the book there are references to birds. Chief talks of bird hunting with his father and when Murphy arrives, he uses the word “bird” where others would say “person.” These constant subtle reminders of the theme of birds could continue to symbolize hope and freedom. Birds soar through the sky, whereas these men are confined to their cold, unforgiving cage, seen as pets rather than their own independent creatures. I do also hope that there is more continual insight about the mental health policies of the time. A lot has changed in the past 40-50 years regarding the way mental illnesses are diagnosed and treated, so gaining the insights and speculations on what is already apparent to be less-than-desirable conditions would be intriguing. Psychiatric facilities such as the one Chief is in were not widely known and at the time their practices were kept out of the public eye, which made it easier for such malpractice to occur. I am ready to see what the rest of this novel has to offer, and I look forward to seeing the development of the plot. I’m rooting for Chief and McMurphy! 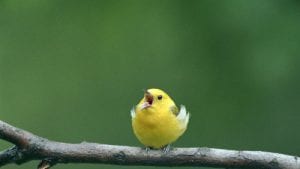 welcome to the madness ladies and gentlemen